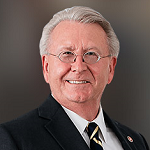 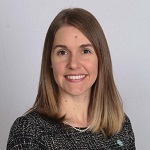 Michelle Baldry, RS, Northeast Regional Executive Director
Reserve Advisors, LLC
Michelle Baldry, PE, PRA, RS, joined Reserve Advisors in 2010. As a Regional Executive Director, she is responsible for the development and implementation of the firm’s corporate objectives throughout the Northeast region. She also oversees the production, marketing and sales functions at the regional level. Michelle has been influential at the foundational level, where she serves on Community Associations Institute’s (CAI) Board of the Foundation for Community Association Research.

Michelle holds her Reserve Specialist (RS) designation, Professional Reserve Analyst (PRA) designation, and is a licensed Professional Engineer in several states. She received her B.S. degree in Civil Engineering from the University of Florida. As an industry expert, she is frequently invited by industry trade organizations and management companies to speak on the topic of reserve studies and proper capital planning. 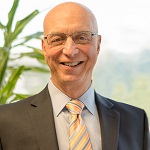 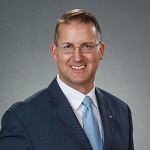 Steven is a past national President of CAI, past President and current director of the Foundation for Community Association Research,  and serves on national and chapter-level committees for CAI, as well. He is a veteran of the United States Marine Corps and served in Operations Desert Shield and Desert Storm. Steven is based at Toll’s corporate headquarters in Horsham, Pennsylvania. 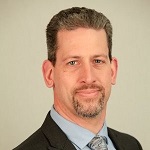 Eric Collins, Principal/Vice President MEP
Becht Engineering BT, Inc.
Eric has over twenty-five years of mechanical engineering experience ranging from traditional HVAC to plumbing to fire protection to hydronic system design. His responsibilities include working with client management personnel to identify and define projects, overseeing design documents from schematic through bid documents, and overseeing construction administration work from bid phase through final commissioning and punchlist. He has demonstrable expertise and feature projects in the Commercial, Education, Laboratories/Life Sciences, and Multi-Family Residential markets, and has done work across the US and internationally. 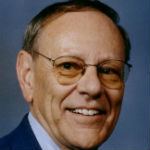 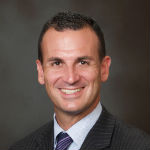 Andrew Daniels, Vice President, Business Development
Allied Universal
Andrew Daniels is the Vice President of Business Development for the Southern Region. He manages all new business and client relationships throughout Florida. He also is AlliedBarton’s Vice President of Residential Communities, which includes collaborating with sales and operations on the pursuit of this vertical market. Andrew has extensive sales and customer service experience and has previously worked for Schering-Plough Corporation as well as Amerbelle Corporation. He is an active member of Building Owners and Managers Association (BOMA). Andrew holds a Bachelor of Arts in Speech Communication from Ithaca College in New York. 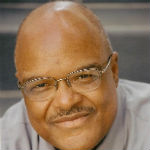 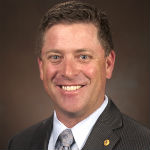 DeTata is a member of the Community Associations Institute (CAI) President’s Club and has served as a board member for several local CAI chapters over the past 14 years. DeTata also serves on the Board of Directors for the East Valley Boys & Girls Club in Arizona. 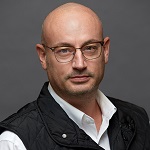 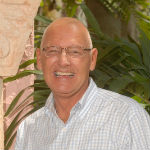 Paul is an active member of the National Faculty for CAI, training and educating new managers, board members and homeowners in association management techniques and skills at classes held throughout the United States and around the globe. He was the recipient of the 1999-2000 “Educator of the Year” award, given by CAI each year to an individual who has exemplified the professionalism and qualifications required of the National Faculty in educating managers, homeowners and boards affiliated with community association management. Paul is a Past- President of the Institute, with a membership of more than 43,000 managers, executives, homeowners and professional service providers, having been elected to that office in 2004. Full bio 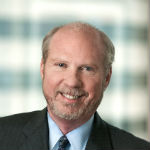 John Hammersmith, CMCA, AMS, PCAM, CEO
Hammersmith Management, Inc.
John Hammersmith, along with his mother Donna, and brother James founded Hammersmith Management in 1981. In 1994, John became the sole owner, and has lead Hammersmith Management to continued success. John’s experience spans the spectrum of needs and problems that confront community associations today. His professional, educational, and extensive industry background contributes significantly and he is always eager to share his knowledge of Community Management. John enjoys working with the team, partnering with each client, and prides himself on brining new ideas and solutions to our industry.

John holds the CMCA (Certified Manager of Community Associations), AMS (Association Management Specialist), and PCAM (Professional Community Association Manager) designations. He currently severs as a member of the Board of Trustees for CAI. For 7 years, he served as one of nine NBC-CAM Board of Commissioners (now known as CAMICB). For John’s entire tenure on the Board of Commissioners he served as the Ethics Review Panel Chair, with the responsibility to review each and every complaint against any CMCA around the world. The total number of CMCA’s across the world is now over 14,000 strong. 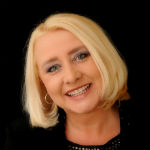 Sabine previously served as CEO of the Management Resources Center and Community Archives, a provider of products and services to the community association industry from 2009-2012. Prior to that, she served as vice president at ADMS, Inc. 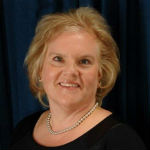 Lori Ann Long, CIRMS, President/CEO
Community Association Underwriters of America, Inc.
Prior to being appointed President/CEO Lori was senior Vice President of Claims. Before joining CAU in 1993, Lori was a Claims Manager with Transamerica for five years, 1988-1993. She also held the position of Senior Liability Claims Adjuster with Citizens Insurance Company and then Amerisure Insurance from 1985-1988. Lori attended Albion College in Albion, Michigan, and earned a BA in both History and Political Science. She has completed nine parts of the CPCU curriculum and is a licensed producer in thirty states.

Lori is one of the original recipients of the Community Insurance Risk Management Specialists (CIRMS) designation that was developed by the Community Association Institute (CAI) in 2002 and is a sought after speaker for numerous CAI events and other industry forums. 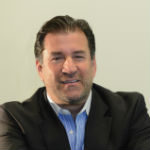 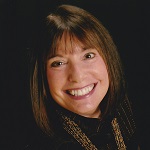 Peter Miller, RS, EBP, Principal
Miller + Dodson Associates
Peter B. Miller, RS, EBP, a Principal in the firm of Miller + Dodson Associates, is widely recognized as a leading authority in the field of Reserve Studies and Strategic Reserve Planning for community associations. Peter is a graduate of the College of Architecture and Urban Planning at Virginia Tech. He began his work with Reserve Studies for community associations during the “Condo Boom” in the mid-1980’s. 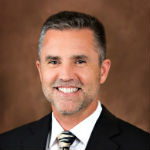 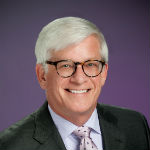 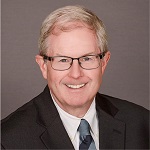 Edward J. O’Connell, Esq., Partner
Whiteford, Taylor & Preston, LLP
Mr. O’Connell has almost 20 years of experience in all facets of common-interest associations, from day-to-day business operations to litigation between boards and owners. This form of ownership, which includes condominiums, co-ops and homeowners’ associations, has spread rapidly in the past few decades and raises its own unique legal issues of relations between boards, who operate in some ways like elected city councils, and homeowners.

Mr. O’Connell, who is admitted in both Washington DC and Virginia, represents communities in both jurisdictions, and has been active in the Washington chapter of the CAI for many years. He has been a board member since 2008 and served as Vice-President prior to becoming the President. He is also a member of the Chapter’s Virginia Legislative Committee and a frequent contributor to Quorum Magazine, the chapter’s publication. 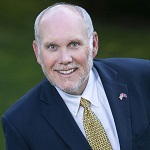 Henry D. Puckett, CMCA, AMS, PCAM, Community Association Manager Resource Team Leader
Ghertner & Company
Henry, a native Tennessean, graduated from Emory & Henry College with a B.A. in Business and Accounting. He has over 20 years of active real estate and property management experience in Tennessee, Florida, and Alabama and is an active member of the National, State, and Greater Nashville Boards of REALTORS. Currently, Henry is Ghertner & Company’s Resource Leader, Community Manager. Previously, he worked with Wyndham Vacation Resorts in property management. Henry has served on the local CAI Chapter Board of Directors and currently serves as Treasurer Emeritus for the chapter. 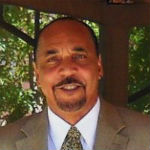 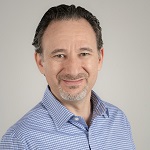 Marc is a recognized industry thought leader wanting communities to treat and value their properties as assets. He has presented on financial matters at CAI national and other regional conferences. He has been published in industry journals and involved in industry research efforts. Most recently, he was part of the Surfside industry task force shaping new policies and legislation. 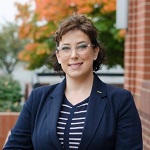 Jessica Towles, CMCA, AMS, PCAM, 2022 President, Community Associations Institute
Honorary Member
Jessica Towles has been in the community association management industry since 2000 with experience maintaining all aspects of community associations and management company administration, including facilities management, financial management, and customer retention. In addition to her role with Hammersmith, Jessica currently serves on the Community Associations Institute (CAI) Board of Trustees and is the 2022 President. As a member of the National Faculty for CAI, specializing in the M-100: The Essentials of Community Association Management, she is well equipped to provide continuing education and leadership development to staff, board members, and owners. Jessica is honored to have received CAI’s Rising Star Award at the National Conference, the Barbara Wick Award, recognizing her work both locally and nationally to improve our industry and profession. 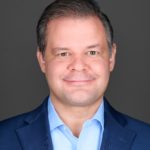 Jared is an advisor to several companies in the Community Association industry and has been involved in related banking, financial services and technology for over twenty years.

His most recent role was heading up the Association Banking line of business for National Cooperative Bank, N.A. Where he built out their treasury services and lending business for condominiums, homeowners associations and management companies. 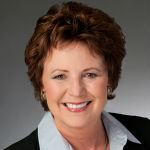 Debra A. Warren, CMCA, PCAM,  Vice President, Learning & Development
Associa
Since joining the Associa family in 2012 Debra held positions on the operations team supervising branches on the West Coast and Canada as well as contributing in the area of client relations and community manager education. She currently oversees all employee enrichment programs. Her career in community association management spans over 25 years, including 15 years of experience as a management firm principal and CEO. She is a nationally recognized expert in association management operations, specializing in education, communication and customer service. 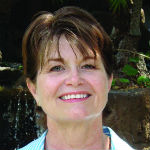 Sue York Educational Researcher
The UHM Curriculum Research & Development Group (CRDG)
Susan York has two masters’ degrees and a post-baccalaureate certificate in secondary education from the University of Hawai‘i at Mānoa (UHM). The UHM Curriculum Research & Development Group (CRDG) employs Ms. York as an educational researcher, and most recently she evaluated a US Department of Education-funded Early Reading First project, and supervised a project funded by the Superintendent of the Hawai‘i Department of Education. Ms. York currently participates in the data collection process for a Center for Disease Control project, and serves as data specialist for Pihana Nā Mamo, a series of projects designed to improve school success for PreK–12 students of Native Hawaiian ancestry. Ms. York specializes in qualitative data collection and analysis for focus groups, surveys, and classroom observations. Ms. York is a member of a CRDG team that works with indigenous communities to conduct culturally appropriate program research and evaluation.