For the ninth time in 17 years, Americans living in homeowners associations, condominiums, and housing cooperatives say they’re overwhelmingly satisfied in their communities. The April 2022 survey affirms the findings of almost identical national surveys conducted in 2005, 2007, 2009, 2012, 2014, 2016, 2018, and 2020. The 2022 survey was conducted by Zogby Analytics for the Foundation for Community Association Research. The findings from the eight surveys are strikingly consistent and rarely vary a standard margin error for national, demographically representative surveys. 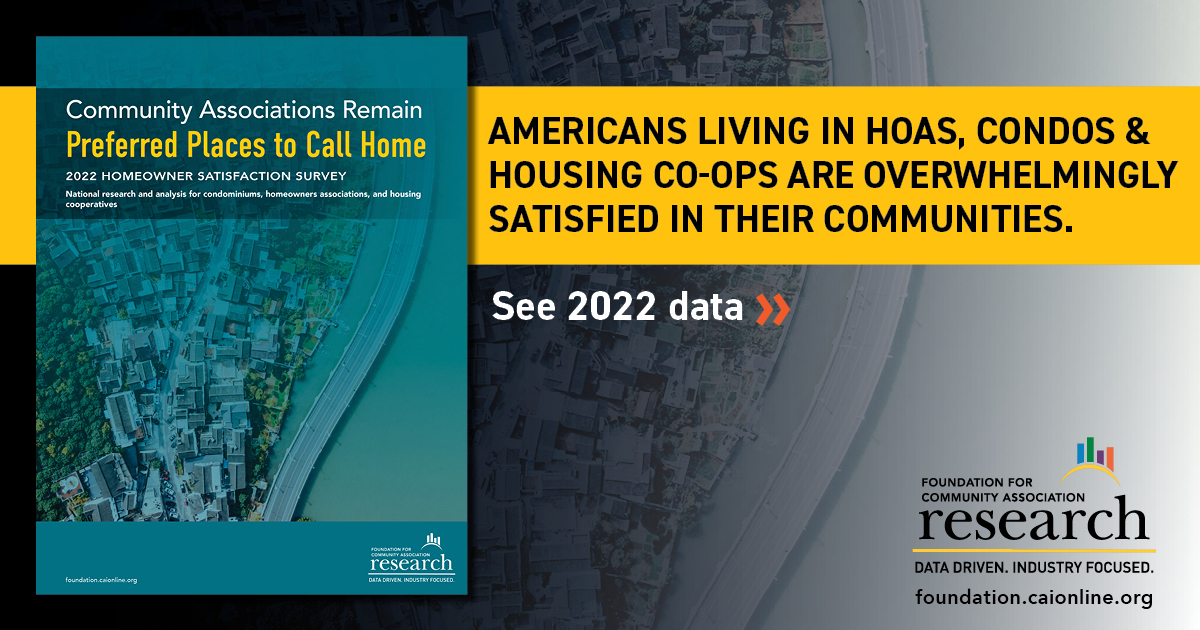 The findings objectively refute the unfounded and unsubstantiated myth that the community association model of governance is failing to serve the best interests of Americans who choose to live in common-interest communities.